This orthopedic system presents some innovations:the easy removal of the implants, the significant reduction in surgical times in reducing fractures and the possibility of inducing,just as pratically, a verifiable interfragmentary compression.  The reliability, confirmed by the case studies, is given by the study  of the mechanical rational in every detail.  The hole in the plate, with the same screw diameter, is minimal; the screw head is structured so as not to strip. The same screw can be inserted on plates of different thicknesses therefore, in the catalog, there are rigid plates and flexible plates.  The shape of the plates and the distribution of the holes are designed according to the dictates of building science : maximum hold with minimum bulk.

The Vitcone® system is an orthopedic internal fixation system with angular stability, which involves  the conical coupling between the truncated conical portion of the screw head and the complementary truncated cone of the plate (Fig.1).

The system peculiarity is the upper part of the screw head that protrudes on the plate: it has been designed for the quick and safe removal of the screw and for the grip of the bone head during the reduction of the fractures. This dilated end has a left- handed helix thread on the outside; like all screws, it houses the recess for the screwdriver at the top. In the event that the extraction of the screw with the screwdriver fails, this external thread in the head allows the Vitcone® extractor, simple device (Fig.2) to easily remove the tenacious screw.  The extractor has, inside the cannulated stem, a first section with a left-handed nut screw (Fig.3).  It screws onto the thread of the screw head, that is the protruding part (on the plate) of a coupled screw.  The tip of the extractor thus comes into contact with the plate.  Screwed further, the extractor causes an axial force on the screw towards the operator, which decuple sit from the plate itself.  Continuing to rotate, the extractor acts like a screwdriver: it drags the screw out of the operating field (Fig.4) allowing easy and safe removal of the screw, then of the orthopedic.

The extractor is not only a removal tool but also a gripping tool: screwed onto the threaded part of the screw head, it also allows you to maneuver the bone head during fracture reduction (Fig.5).
The extractor, screwed onto the head of the screw, allows the attachment of a second device belonging to the system: the Vitcone® plate tensioner (Fig.6) which is used to carry out interfragmentary compression or distraction of the fracture heads.
The amount of compression between the bone heads ,which is applied with the Vitcone® plate tensioner can be decided and can be decided and is measurable by applying a common torque meter to the knob of the same (Fig.7).  In the fractures, torque values were applied in a range from 4 to 8 newton meters, depending on the size of the subject and the bone district. In this renard, a study on the optimal values to be applied is lacking, while it appears certain that the infragmentary compression, induced with the tensioner and maintained by applying angularly stable screw with the instruments in situ in compression, reduces the healing times of fractures and osteotomies. 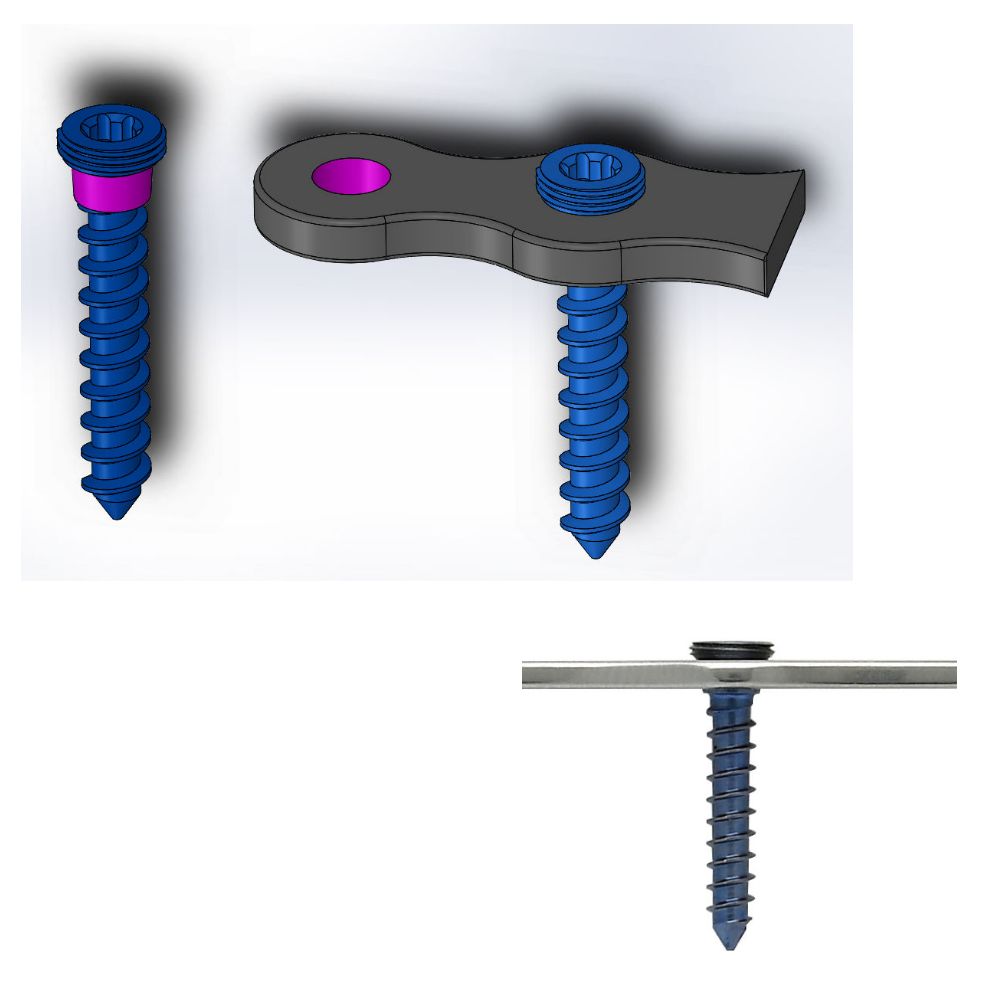 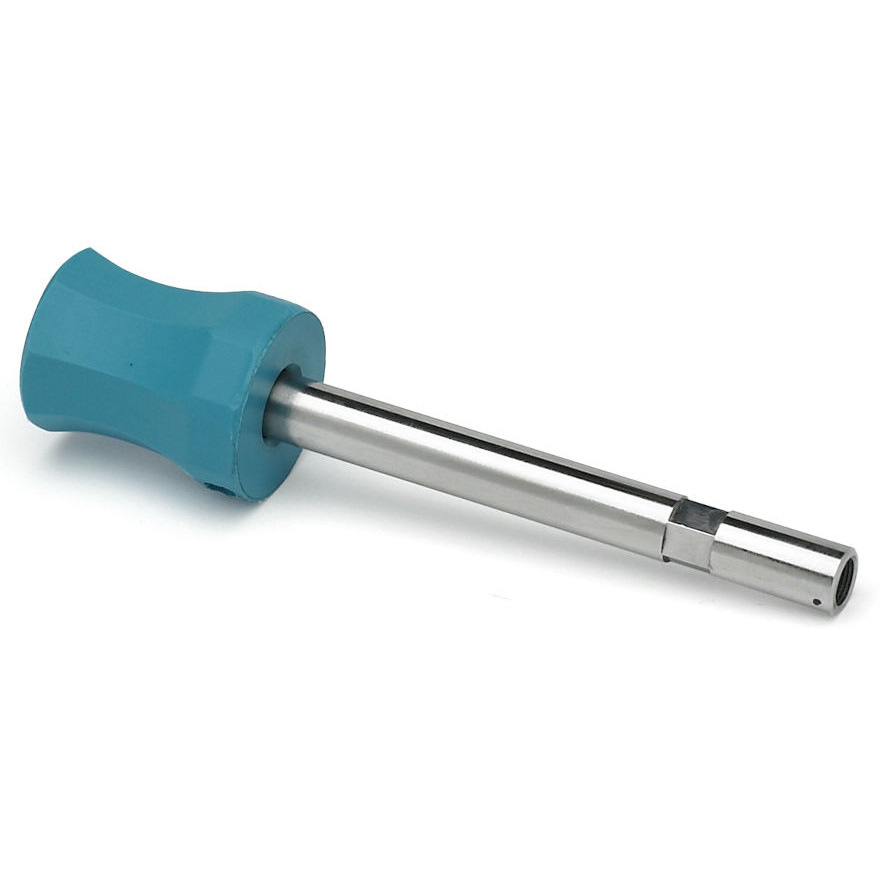 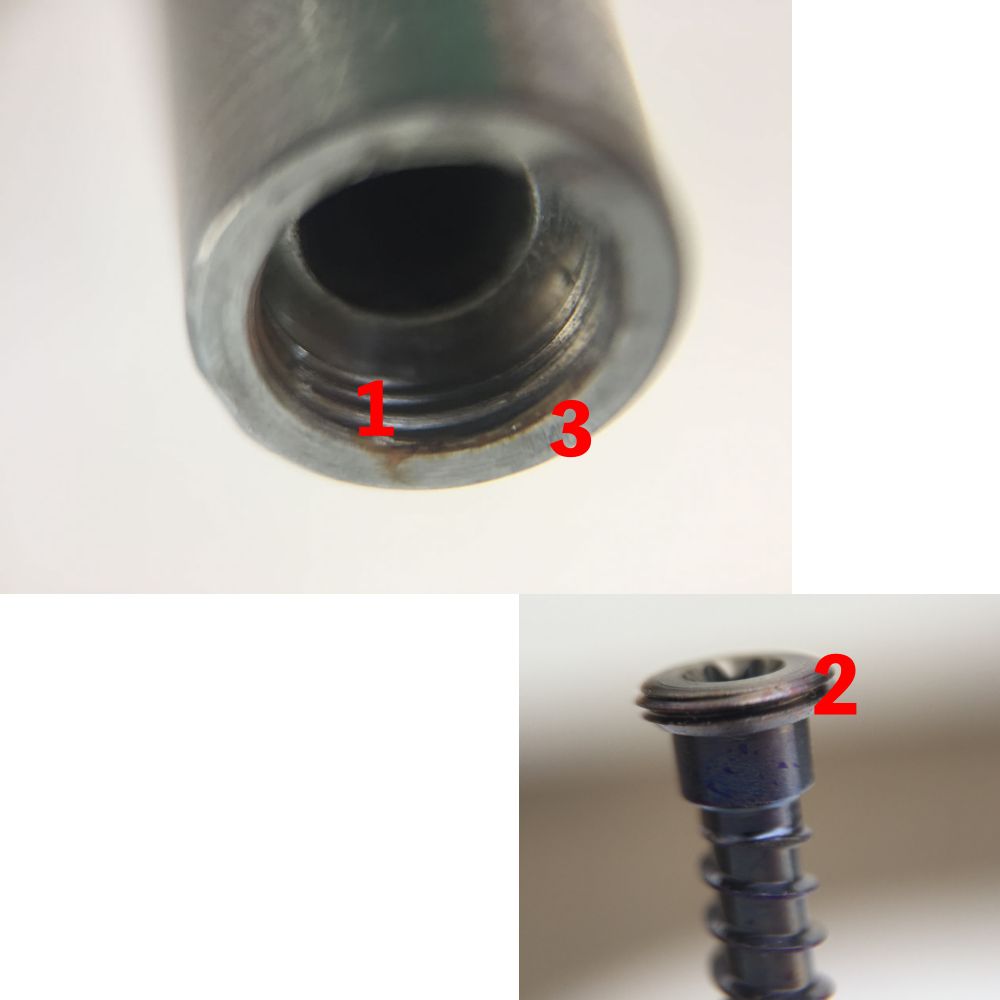 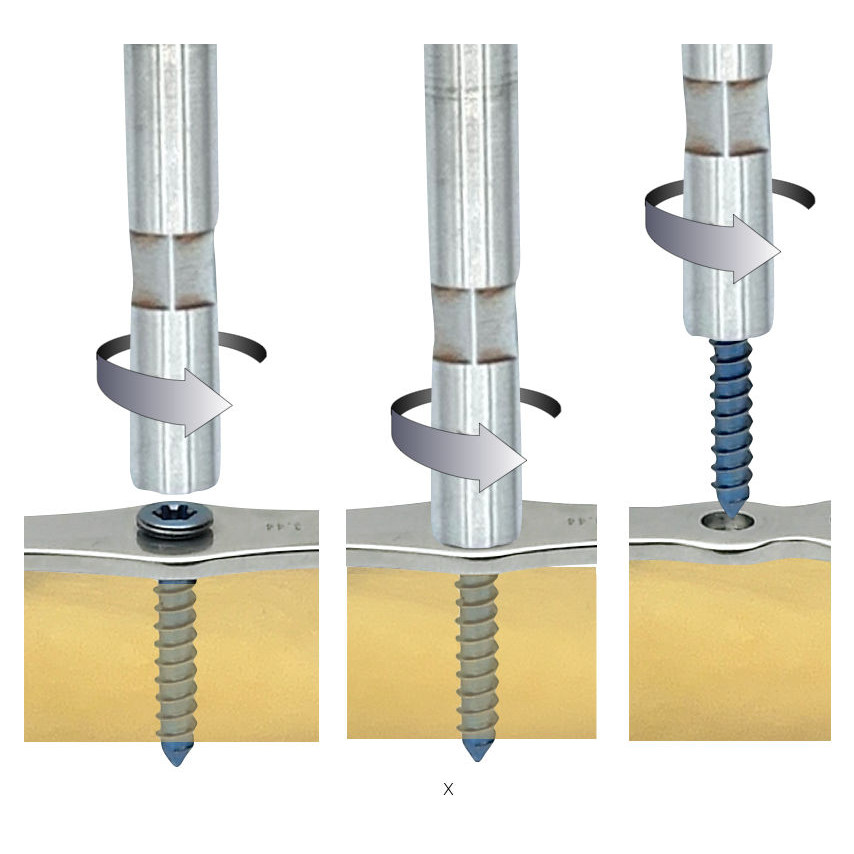 Extraction of a Vitcone® screw. The extractor is screwed onto the threaded edge of the screw head hits the plate, unscrewing it further uncouples the screw and take sit out of the operating field

With the extractor screwed on the head of the screw up to the stop on the plate,it fuses a handle: it allows the bone head to be moved towards the reduction 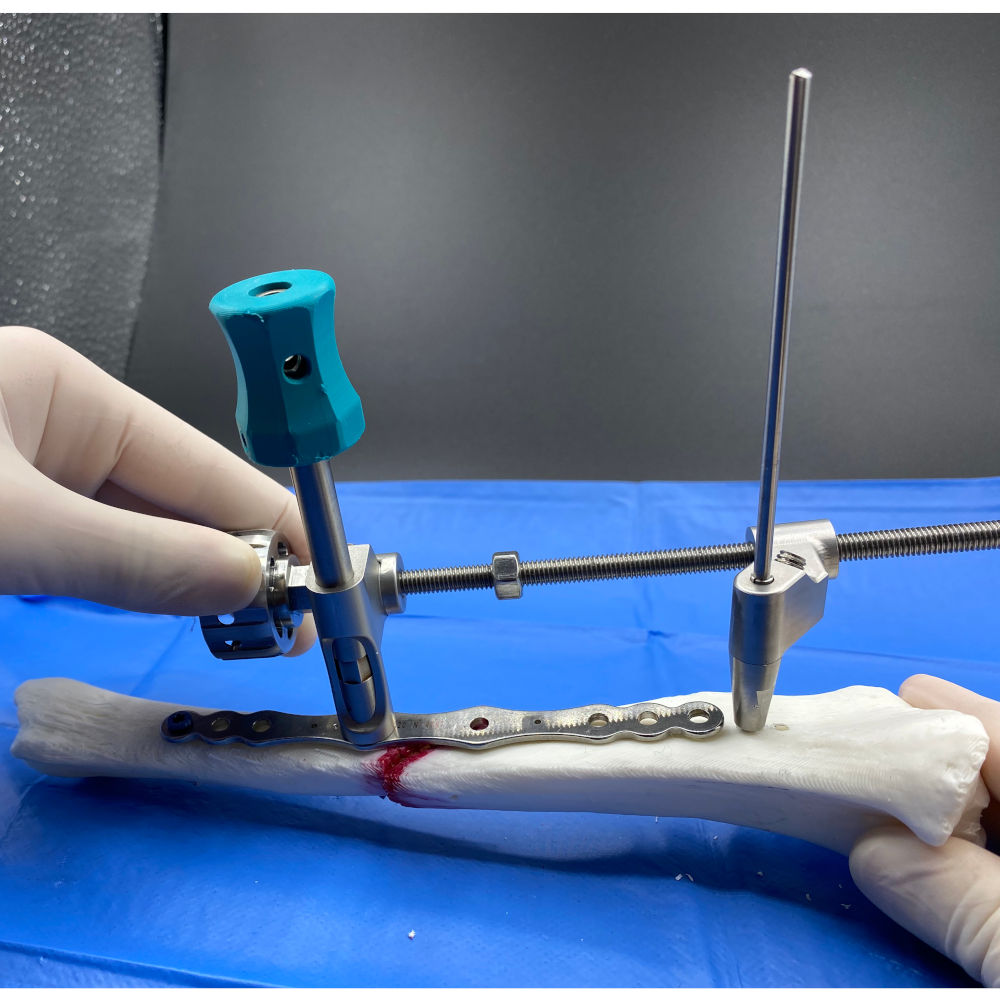 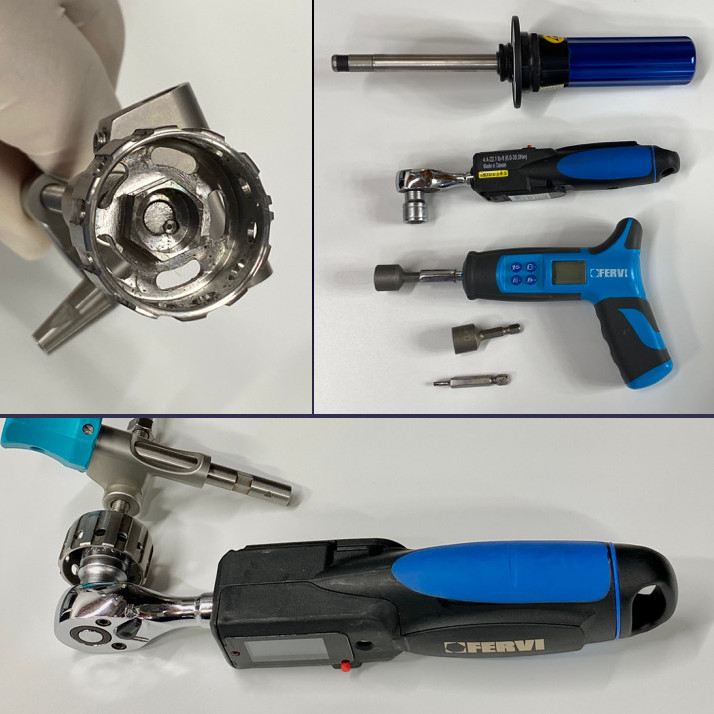 In the knob of the Vitcone® plate tensioner there is the bolt head: the attachment for a common torque meter. It is  therefore possible to decide and measure the newton meters applied during interfragmentary compression
Back to previous page
Top